I’m now putting the polish on, which I actually don’t like doing in November, but I can’t bear to wait till next year.

A lot has happened with this instrument since the last update. I “closed the box” back in May, bent the maple binding strips and cut the binding channels, and also did a very basic shaping of the neck. Then I put everything on the shelf to work on Joanne, which I finished just recently.

The outline of two boxes, by the way, is practically identical.

Top bracing is (almost) completed – still need to taper the ends of the lateral braces to 2 mm. Then mark and cut them to length and cut the notches in the lining. I want to get the top attached to the sides as soon as possible.

Unfortunately, I don’t have a solera or working board with the correct radiuses so I’ll either have to make one or figure out some other way of maintaining the dome while I put the pieces together. With the Jenny I just made a ring out of spruce veneer that I placed under the edges of the top so that the table top just barely touched in the middle of the lower bout. That worked well, so I might try that again.

June is coming along, slowly but surely. Sides are now ready for assembly, top and back are joined, and I’ve bent several strips for the soundhole ring. Unfortunately, all the walnut pieces broke except one, so we’ll either have to go with one simple maple-walnut-maple ring like on the Jenny, or use some other wood with the maple – I managed to do two rings in wenge, which would be a lot darker than the walnut but might look quite nice.

This is a new guitar form that is intended as the “big sister” of the Jenny ukulele form. The first run will have the same wood combination as the Jenny No. 25, so they will hopefully turn out as a pair of instruments that stays together. Currently a scale length of 620 mm is planned, but there is certainly some leeway to shorten by 10 or even 20 mm, or even to go up to 630 mm. 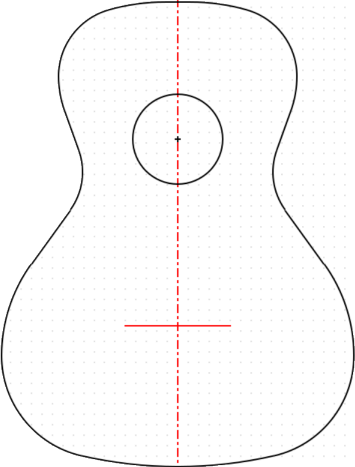